• Pick up the tow truck from Phoenix Autos.

• Bring them back to Phoenix Autos.

• Use the tow truck to steal the vehicles.

• Steal the 3 vehicles and bring them back to the garage.

• Go see the guy in the booth.

Another chance to strut your drivin' stuff, kid. An associate of mine owns the Phoenix Auto Body Shop chain - he wants me to...acquire three cars real quick like! One in The Projects, one in Jamaica - Queens, and one in World Fair Park. They've got kickass security systems, so you'll need to pick up a tow truck from their Jamaica garage first. Make me look good, TK.

Repoman is a mission in Driver: Parallel Lines. It is the sixth mission in the story-line.

Slink wants TK to 'repossess' (steal) three cars from three different locations in the Queens borough. One car is located in The Projects, one in Jamaica and the last one in the World Fair Park.

The player must drive the tow truck to each of the designated locations, at each one a San Marino is waiting. Once a car is hooked up to the Wrecker, the player must drive the car back to Phoenix Autos, were they will be placed in the garage. When towing a car away, an alarm will be triggered and will sound for a certain amount of time. After towing away the second car, gangs will chase TK until they are lost or shot. The gangs will chase a fair distance in Reginas and they will not hesitate to crash or wreck the San Marinos or the Wrecker.

Once all cars are collected, the player is asked to see the guy in the booth who will thank TK for helping.

Use the tow truck to steal the vehicles. [Back to top]

Steal the 3 vehicles and bring them back to the garage. [Back to top]

The first vehicle is located besides an alleyway, in a gated-off car park. The player simply needs to ram down the weak fencing around the spacing (or alternatively squeeze through any open gaps), turn the tow truck around (so it is facing the same direction as the vehicle), and is parallel and inline with the aforementioned vehicle. The player then needs to reverse slowly into the front of the car. Note the owner of the car will be nearby and will tell TK to back off once they approach the car with the truck.

The second vehicle is located In a small parking lot just off the main road which passes parallel to the EL-Train. Again, it is surrounded by several fences and barriers.

The third and final vehicle is located in a small parking lot on the corner of another busy main road. The vehicle is slightly harder to reach in that it is completely surrounded by fences.

Get the car back to Phoenix Autos. [Back to top]

Go see the guy in the booth. [Back to top]

After, a cutscene follows. In said cutscene, TK. wakes up to find Bishop in his apartment. Bishop explains that Corrigan has sent him over, and says nothing about it. When TK. rolls over to turn his radio off (after previously turning the volume down to listen to Bishop), the Bishop mysteriously leaves the building, leaving TK. in shock after he rolls back over, peering around his apartment from his bed.

The player is then spawned in the said building. The player unlocks the Safe House located on the eastern side of Manhattan. The Service 9 is also unlocked.

Use the tow truck to steal the vehicles.

In the tow truck.

Steal the 3 vehicles and bring them back to the garage.

Location of the first vehicle.

Location of the garage on the map.

Location of the second vehicle.

Location of the third vehicle.

Go see the guy in the booth.

The guy in the booth talking to T.K.

Job done. Cars "repossessed".
Add a photo to this gallery

44H and Service 9 on the dining room table.
Add a photo to this gallery 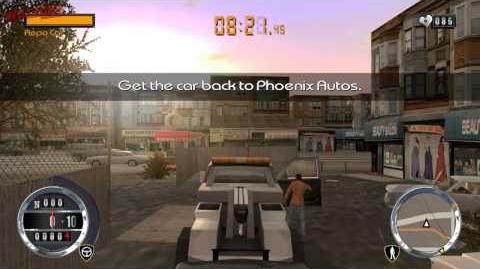 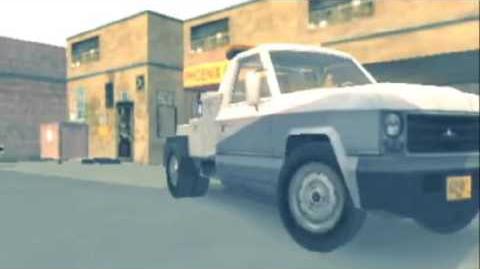 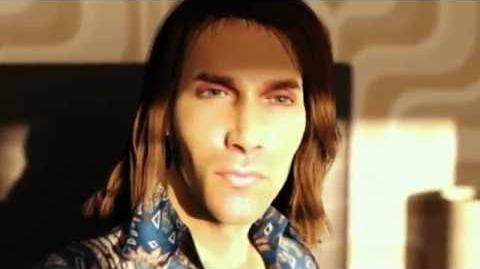 Retrieved from "https://dpl.fandom.com/wiki/Repoman?oldid=16335"
Community content is available under CC-BY-SA unless otherwise noted.