Get the package and escape the Colombians

• Get to Hunt's Point Warehouse.
Intra-Mission:

• Get to the parking lot.

• Get the bike with the package. It's on the roof.

• You've got the ransom.

• Escape across the rooftops.

• Get on the back of the truck.

You better be ready, kid. The Colombians just made their play. Get down to that Manhattan multi-storey off Park Avenue. Top floor - there'll be a package in the back of a bike - the ransom money. When you pick it up, you may expect people to try and stop you. Escape across the rooftops and when you make it to the ground, the Mexican will be waiting. Get in the truck and get the hell out of there.

After the successful kidnap of Rafael Martinez by TK and the gang, the Colombians want their leader back, realizing his important role in the drug business. At the top of a multi-story parking lot in Manhattan they have installed a bike with a package on it, containing the ransom money. TK is sent to collect the package. When TK arrives however, it appears to be an ambush: several Colombians drive into the parking lot, while others block the entrance. While TK escapes across the roofs with the ransom money, he is being followed by the Colombians in a helicopter. TK makes various jumps across the rooftops of Manhattan before he jumps off onto the road, where he meets the Mexican, who is waiting for TK in a truck. After TK jumped into the truck, multiple Colombians in heavy-duty cars start chasing him, trying to stop the truck by providing it a rain of bullets. However, TK and the Mexican manage to shake off their pursuers and safely arrive at the warehouse in Hunts Point, where Corrigan, Bishop, Slink and Candy are waiting.

At the warehouse in Hunts Point, TK and The Mexican arrive with the ransom money, which TK opens upon arrival at the warehouse, with Corrigan watching TK. After a few seconds, Corrigan goes over to Rafael Martinez, asking him if he can take a 'message'. Martinez however, curses him in Spanish, causing Corrigan to shoot him dead. After doing so, Corrigan orders the crew to leave. After the crew drove off, Corrigan informs TK that someone is going to have to take responsibilty for the operation, and decides to frame TK. This causes Corrigan to put on his police badge, revealing that TK had been used as a scapegoat for the gang all along. Eventually, Corrigan shoots TK down, telling him that no one "gives a fuck" about him, before leaving the scene.

TK, having survived the gunshot from Corrigan, reveals that Corrigan was actually a corrupted undercover cop, having used TK as a scapegoat to frame him for the operation. Soon after, TK is put on trial, and is charged with murder, extortion and kidnap. He is jailed for 28 years (10,227 days) in Sing-Sing Prison. During this time, he decides to plan revenge on the five that had betrayed him each day, having "not wasted a single one".

28 years later, in 2006, TK, now 46 years old, is released from Sing-Sing, where he is greeted by his friend Ray, who is outside near TK's Cerrano. TK thanks Ray for arriving, with Ray winking. During his 28 years in prison, most of the crew that betrayed TK had used the money from the ransom to become successful in the criminal industry; Slink extended the Funky Rabbit into a place for adult entertainment shootings, and had sold off most of his strippers in place for younger hookers. Candy became the owner of an adult entertainment business and owned an "empire of trash". Bishop became a wealthy heroin dealer and co-owned Slink's pornography business, and Corrigan had now became the chief of the corrupted city police.

Get to the parking lot. [Back to top]

Get the bike with the package. It's on the roof. [Back to top]

You've got the ransom. [Back to top]

Escape across the rooftops. [Back to top]

There are multiple jumps the player must complete. They must avoid large dumpsters and fencing on the rooftops and gain enough speed to make each jump. After several jumps, the player needs to switch sides (since there is two rows of building rooftops beside an alleyway), meaning one of the jumps requires the player to jump over a road and diagonally jump across to the other row of buildings. From here, more jumps are needed to be completed.

Get on the back of the truck. [Back to top]

*NOTE: After the last objective has been completed, in-game instructions are now audible and no-onscreen objectives appear

From here, the player spawns with an infinite-round LI-15 weapon which TK needs to use to fend off pursuing Colombians. The Mexican is driving the truck to the warehouse in Hunts Point, and TK needs to shoot to pursuing units from stealing the package on the bike. The truck can only take a certain amount of damage, so the player needs to be quick to shoot the units before they damage the truck with their gunshots.

When the truck nears the destination in Hunts Point, no more units will be tailing the truck. The Mexican drives into the yard outside the warehouse and the mission finishes.

Get to the parking lot.

The parking lot location on the map.

Arriving at the parking lot.

Get the bike with the package. It's on the roof.

The bike on the rooftop.

You've got the ransom.

Escape across the rooftops.

The construction site destination on the map.

Arriving at the truck.

Get on the back of the truck.

The truck leaving the site.

On the back of the truck.

Arriving with the ransom.

Corrigan and the crew.

Corrigan puts his police badge on, signaling that he's going to put TK in the frame (scapegoat) since Rafael couldn't.

Ray waiting for him outside the prison.

TK and Ray watching, while TK comes up with a plan. 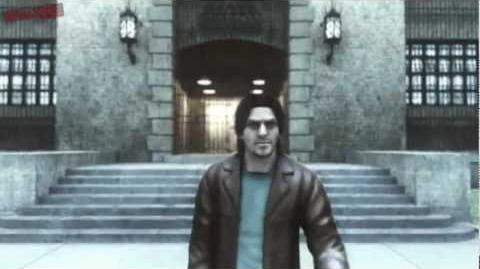 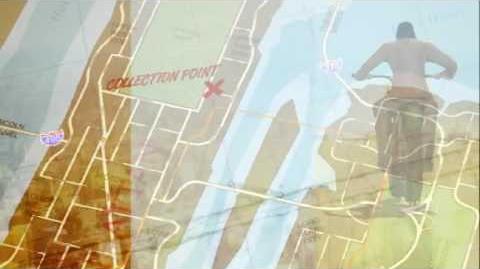 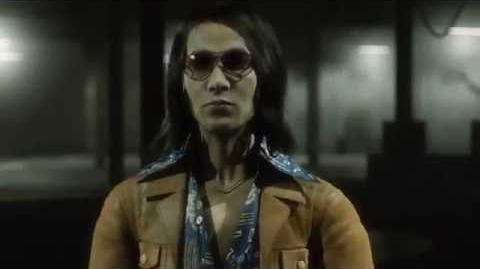 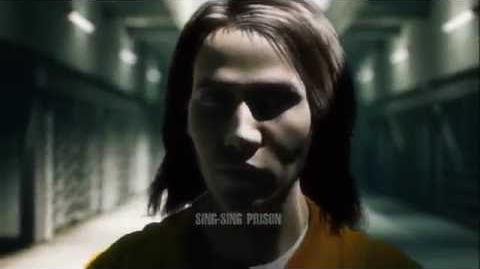 Scene8-DPL-EraChange(Video)
Era Change.
Add a photo to this gallery

Retrieved from "https://dpl.fandom.com/wiki/Ransom?oldid=17443"
Community content is available under CC-BY-SA unless otherwise noted.