Ram Raider is a mission in Driver: Parallel Lines.

All three branches are destroyed, however some of Slink's gang members are alerted about the attacks and come to the final shop in custom SUVs, attacking TK. The police are then alarmed, and TK loses the tail.

This mission is seemingly split into two parts, wherein the player is required to enter another corona after killing the ambush attackers in order to trigger the rest of the mission.

It's an ambush, get out of there! [Back to top]

Once this objective is complete, the second part of the mission is available. The player must reenter the yellow corona outside the garage to trigger the mission.

At this point, Ray arrives and discusses the operation, before handing over the car to TK.

Hit the first shop. [Back to top]

Inside the store, the owners are armed with sub machine guns and will shoot the car, meaning the player must be quick to avoid taking too much damage. It is to be noted that, while the car is still stronger in this mission than it is in normal gameplay, it can still be destroyed; taking too much engine damage debilitates engine power and limits acceleration, meaning reaching the next store is jeopardized.
Once the shop has been raided, the shop is shown closed.

Hit the second shop. [Back to top]

Hit the third shop. [Back to top]

After the store is wrecked, it closes.

Get out of there. [Back to top]

Lose the tail. [Back to top]

It's an ambush, get out of there!

Ray driving the Ram Raider out of the garage.

Ray talking TK through the plan.

First shop located on the map.

The shop closed down.

Second shop located on the map.

The shop closed down.

Third shop located on the map.

That's it. Get out of there.

The third shop closed down.

The car used in the mission. (Rear quarter view)

If the player doesn't save the Ram Raider, the car isn't unlocked till after the mission Corrigan.
Add a photo to this gallery 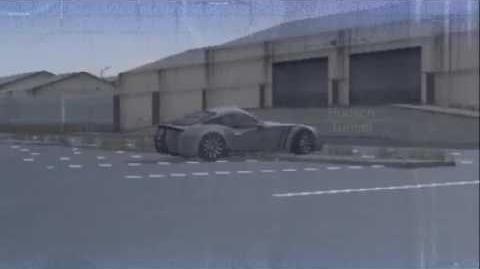 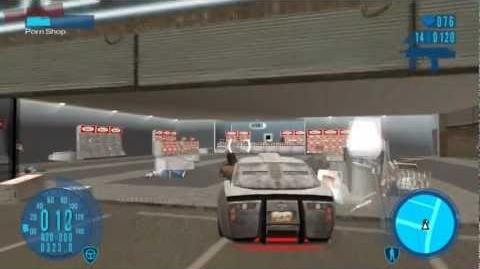 Retrieved from "https://dpl.fandom.com/wiki/Ram_Raider_(mission)?oldid=16801"
Community content is available under CC-BY-SA unless otherwise noted.