Time for the main event, kid. You know the plan. Pick up the prison transporter and head over to Riker's. Your guard friend should let you through the first gate, the second will open automatically. Get to the bulldozer and smash your way through the compound wall. All hell will break loose... head inside to find Candy, they got him working food prep so he'll be near the kitchens. Once you've got him, get to a food delivery truck that'll be parked out back of the kitchen. Get out the same way you came in, without any cops on your ass.

Get Candy out of prison.

• Get onto Riker's Island.

• Find Candy inside the prison.

• Get Candy to the hideout.

• Get in the transport.

• Take this transport to Riker's.

• Wait for the prison gates to open.

• Get across the bridge.

• Get inside the jail.

• Smash through the wall!

• Find Candy and get him out.

• Get off Riker's Island!

Jail Break is a mission in Driver: Parallel Lines, given to protagonist Terry Kidumms by Bishop.

After the plan comes together, collecting the needed information, resources and assistance from multiple sources, Bishop informs TK that they're ready for the "big job". He lets him know that the prison transport is waiting outside Ray's Autos in La Guardia, where the player arrives. He tells him the plan is to get inside the prison with the van, use the dozers in the construction yard of the south wall to smash through the jail wall, and gain access to the prison doors. From there, he says that he'll need to locate Candy, use the escape van as a means of transport to get out of the prison, and get him to the hideout in Queens.

Once TK arrives at the main gatehouse for the prison, after the primary gates open, the guard that was used to gain information in prior events tells TK that he will tell the other prison guards that "you waved a gun in my face and tore out the phone". After letting him know, the second gates are opened, and TK makes his way across the bridge to the island itself. From there, prison members on the watch towers begin to shoot at TK in the prison van. TK reaches the construction yard and makes his way down to a dozer located in the yard, which he uses to make his way around a maze of hills of sand and containers. Prison guards continue to shoot him within the yard, before he reaches the main wall, and uses the digger to smash it down. After exiting the dozer at the other side of the gate, he makes his way through the jail cells which have raised alarms, using a small door on the end of a jail house.

After breaking inside, the alarms are alerted throughout the island, and TK fights off all the prison guards within the jails, making his way through the canteen and kitchen, before reaching the drier and food room, where Candy is taking cover behind a meat table. Candy asks "who are you? My fucking fairy godmother?", before TK explains that Bishop sent him here to get him out. After Candy gives the all clear, they exit the main prison, reaching a food delivery truck out back.

They make their way out onto the main roads of the prison, with watchtower guards continuously shooting the player. Reaching the gates, they plow through, with a continuation of more gatehouse guards firing at the player. The main gates reopen and the pair escape in the van, with numerous police units in patrol cars attempting to tail the player. Candy will repeatedly criticize TK for his driving, that he "doesn't want to go back inside", and that it's "good to be out of that shit hole."

Subsequent to escaping most of the tailing police, they arrive at the hideout in Queens.

Succeeding the heist, the crew are found in a strip club post-mission, celebrating their success. However, shortly after getting him out, TK gathers doubt for Candy, after Candy suspiciously states numerous things relating to what he believes to be "upcoming plans" for himself and the team, which TK speculates to scare the girls he's "seducing". TK builds up the celebrations, claiming they're living the life with drugs, drink and girls, but it's shortly stopped after Corrigan turns up to their little "party". After Corrigan turns up, the guys are seen back at TK's safehouse, where Corrigan explains the plan; committing a ransom against the Columbians who are competing them in the drug trade, where Corrigan defines the expertise of each of the guys in front of him, and also claiming that he's out to look out for them, to pull off the ransom.

Get in the transport. [Back to top]

Take this transport to Riker's. [Back to top]

Wait for the prison gates to open. [Back to top]

Get across the bridge. [Back to top]

Ditch the transport. [Back to top]

Get to the dozer. [Back to top]

Get inside the jail. [Back to top]

Smash through the wall! [Back to top]

Find Candy and get him out. [Back to top]

Candy is found in the kitchen drier room, where meat is prepared. He is hiding behind a meat table.

Get off Riker's Island! [Back to top]

Get in the transport.

The transport located next to the garage.

Take this transport to Riker's.

Riker's Island on the map.

Approaching the entrance to Riker's Island.

Wait for the prison gates to open.

At the gate house.

The guard talking to TK and letting him through, explaining he'll "tell 'em you waved a gun in his face and tore out the phone".

Get across the bridge.

Entering through the second gates.

Arriving at the construction yard.

Get to the dozer.

Get inside the jail.

Getting through the construction yard.

Smash through the wall!

Passing through the jail wall.

Find Candy and get him out.

Fighting in the cantine.

Fighting in the kitchen.

Candy getting in the van.

Get off Riker's Island!

Passing through the gates.

The hideout location on the map.

Arriving at the hideout.

The crew at the party.

The crew back at the apartment.

Explaining how cocaine is the drug of the 80s, and must be bought from them...

...but says the Columbians have other ideas, so...

The LI-15.
Add a photo to this gallery 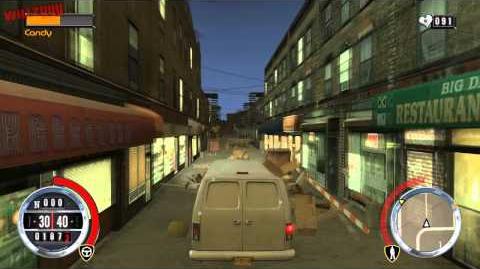 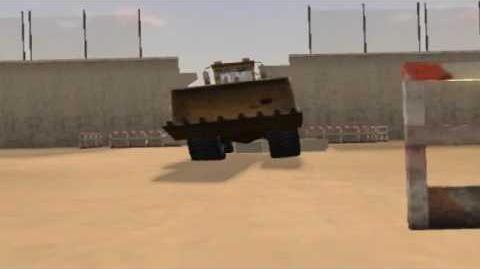 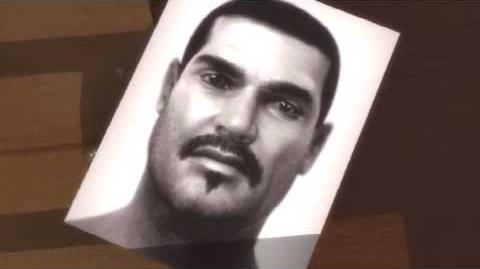 Scene5-DPL-PostJailBreak(Video)
Cutscene.
Add a photo to this gallery

Retrieved from "https://dpl.fandom.com/wiki/Jail_Break?oldid=17504"
Community content is available under CC-BY-SA unless otherwise noted.