• Cops spawn when the player gets out of the car.

• Deliver the hot car back to the gang.

• Leave the car and get out of there!

Need you to get a monkey off my back, kid. The guy's got a set of wheels in Queens. Need you to take that ride, then break some traffic laws, hit shit, do whatever, I don't care what you do, so long as you attract the attention of the police, so when you give the ride back to my man they bust his ass for what you did!

Hot Wheels is a mission in Driver: Parallel Lines. It is the fifth mission in the story-line.

Slink wants TK to grab a ride in Queens, then attract the police's attention. He then wants TK to lose the heat and take it back to the car park in Queens where the gang car was, so that the gangs will retrieve the car and receive heat. The police arrive and arrest the gang.

After the mission, a cutscene shows Slink and TK sat on a Cerrano's hood while The Mexican that Slink requested to pop by pulls up in his red Rosalita. When he gets out, a thud comes from the boot of the Rosalita. Ignoring the thuds, Slink tells The Mexican about TK's skills, and that he's the new guy they should employ. At first, The Mexican sees him as a 'young, skinny little girl'. Meanwhile, the thuds from the trunk of the Rosalita get on The Mexicans nerves, he opens the trunk and tells the person in the trunk to 'shut the fuck up'. TK says hes got to go, when he walks away, The Mexican tells him not to walk away from him, as he is offering him work, despite the terms he used to describe TK. After TK agreed to work for him, TK asks him who's in the trunk. At first, The Mexican tries to scare TK off by telling him it's his last driver. After a short silence however, The Mexican bursts into laughter, telling TK that he was joking.

Steal the gang car. [Back to top]

Ditch the car! [Back to top]

Leave the car and get out of there! [Back to top]

In the gang car.

You have a cop tail!

Leave the car and get out of there!

The Mexican arriving in his car.

Slink and T.K meeting The Mexican.

The Mexican complaining to Slink that T.K is too young to work for him.

The Mexican opens the trunk of his car and tells the kidnapped victim to be quiet.

T.K is "employed" by The Mexican.
Add a photo to this gallery

44H weapon available.
Add a photo to this gallery 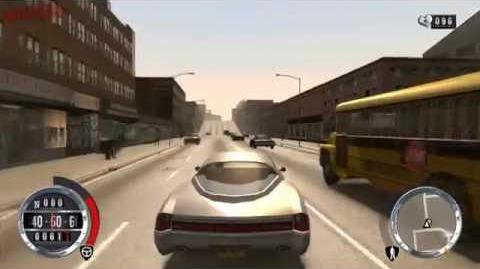 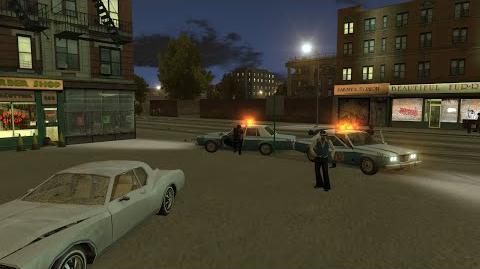 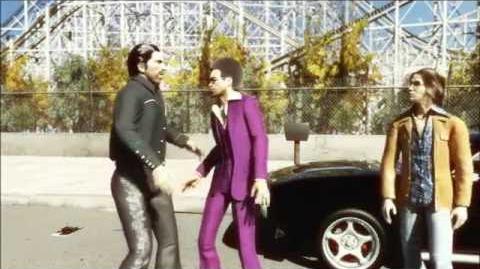 Scene3-DPL-PostHotWheels(Video)
Post-Mission Cutscene.
Add a photo to this gallery

Retrieved from "https://dpl.fandom.com/wiki/Hot_Wheels?oldid=16856"
Community content is available under CC-BY-SA unless otherwise noted.